Building strong work relationships is critical when it comes to achieving corporate success. Your chances of climbing the coveted corporate ladder will increase considerably if you have some (or hopefully all) of the following characteristics:

If, like me, you’re neither male nor related to power players in your industry, then you really need to focus on those first two bullets and work those charm and collaboration skills. I did a pretty good job with this during my corporate years, but, I still managed to completely ruin a work relationship, by phone, with a C-level executive, and in less than 2 minutes. This may be a world record.

In order to fully understand all the implications of “the incident,” I need to give you some background about me and…Anastasia, my work nemesis. Despite my many shortcomings when it comes to corporate etiquette, I do manage to be generally liked and appreciated by both upper and lower players on the org chart, as well as by my peers. This probably because I’m easy-going, funny, and I tend to overshare embarrassing sh*t that happens to me. Therefore, people don’t feel initially threatened by me. However, my hyper likability power doesn’t always work, and it especially didn’t work with Anastasia.

Anastasia -not her real name- was a powerful and respected women in her mid 40s with a strong trajectory in our industry. She was the one woman who was at the C-Suite level in the company (I know that’s messed up, but that’s how it was). She was a ninja when it came to corporate politics, and had managed to climb up the ladder at a steady pace. It was all quite impressive. So, when I joined the company as a scrappy newcomer with the political skills of a bat, she was not impressed. However, senior management executives in higher ranks began to like and respect me, so she knew that she would have to “deal” with me.

Of course, none of her disdain toward me was manifested by her in public. Oh no, she was way too smart to do that. Anastasia was always “corporately nice” to me, but I knew she was watching my every move, just waiting for me to mess up and then pounce on me with a corporate spear, stabbing me with it while screaming to the others, “HA! I told you she wasn’t cut out for this job!”. (Well, maybe this wasn’t her exact plan, but I’m sure it was close.) Anastasia grew up in corporate and knew all the tricks: she spoke slowly, with composure, and fancy corporate lingo, and she new when to suck up and shut up. I, on the other hand, had recently moved from Latin America, (where workplace etiquette is quite different). I was loud, I spoke fast, waved my arms, and made weird jokes at serious boardroom meetings. She would be quiet and look at me like this:

Anastasia and I had been “not seeing eye-to-eye” during our last several meetings. The situation had gotten increasingly during an email exchange we had, where several other people we CC’d. SO, on a Friday night, came to the conclusion that I needed to grow up and be the bigger person here. that instead of sending another tense reply, I would just call Anastasia to de-escalate the situation.

In order to do justice to this short, but memorable incident, I have made a suspense-driven movie script.

Aileen, a creative executive constantly struggling to keep her shit together, is sitting in her office, late on a Friday night. It’s raining outside, but she wouldn’t know because her office has no windows (though she should, because she’s a FUCKING SENIOR VICE PRESIDENT, but whatever).

She is thinking about how best to handle a tense situation she is facing with Anastasia, one of the most skilled Corporate Ninjas in her workplace. The two had experienced several fallouts recently and both kind of hated their guts weren’t fully appreciative of each other. Their last email exchange had been tense, and several others were copied on the email thread.

Aileen is pissed at Anastasia, but knows that this ongoing animosity isn’t positive for anyone and wants to resolve the situation amicably. Also, on a more selfish note, she really hated being hated. Therefore, Aileen decides to not respond to the passive aggressive thread and call the Anastasia personally. Her goal was to take a step back, be the bigger person de-escalate the situation.

Aileen reaches for the phone, breathes deeply, and makes the call to Anastasia’s cell phone. After two rings, Anastasia answers.

Um, do you have a sec? I’d like to talk about our email thread.

Umm, I’m on a plane and it’s about to take off. Can this wait until tomorrow?

Oh, sure, of course. I mean… I wouldn’t want your plane to explode…

As soon as these words came out of her mouth, Aileen went into full panic mode, screaming with her inner voice: “HOLY SHIT! Why did I just say that? What is wrong with me?

Aileen’s inner anxiety monologue continues: “FIX THIS YOU IDIOT! Explain that you didn’t mean it, say that…”

Aileen’s inner freak: Apologize! Do it now! But before she had the chance to, Anastasia interrupts:

Anastasia hangs up. Aileen stares into the receiver; she continues to sit there, staring into the phone in complete disbelief of the disastrous way she had handled what seemed to be an easy enough task. Aileen feels ashamed and angry at herself. So, she did the only thing she could possibly do in the face of what had just happened. She said “FUCK!” over and over again, at least 15 times. And then, her extreme frustration and anguish turned into something different: she started laughing, louder and louder, laughing alone in her office like a crazy person.

The phrase, “I don’t want the plane to blow up and die,” is something I would write to my friends right before turning my phone to airplane mode, before takeoff. My friends know me and love me despite my peculiar ways, and they get my sense of humor. However, Anastasia was highly proper, she did not have a sense of humor, and more importantly: SHE HATED MY GUTS. I completely understand that she did not find it the least bit funny. So, I just sat there, staring.

This conversation happened late on a Friday night. I stressed out the whole weekend thinking that she might reach out to HR to file a complaint or say that I made a death threat, or something, but fortunately this didn’t happen. I guess she knew that I wasn’t a psycho, just an idiot.

100% of your work problems will disappear if you: 1. Focus on the things that are within your control 2. Keep writ… https://t.co/C6BBIZcwvz 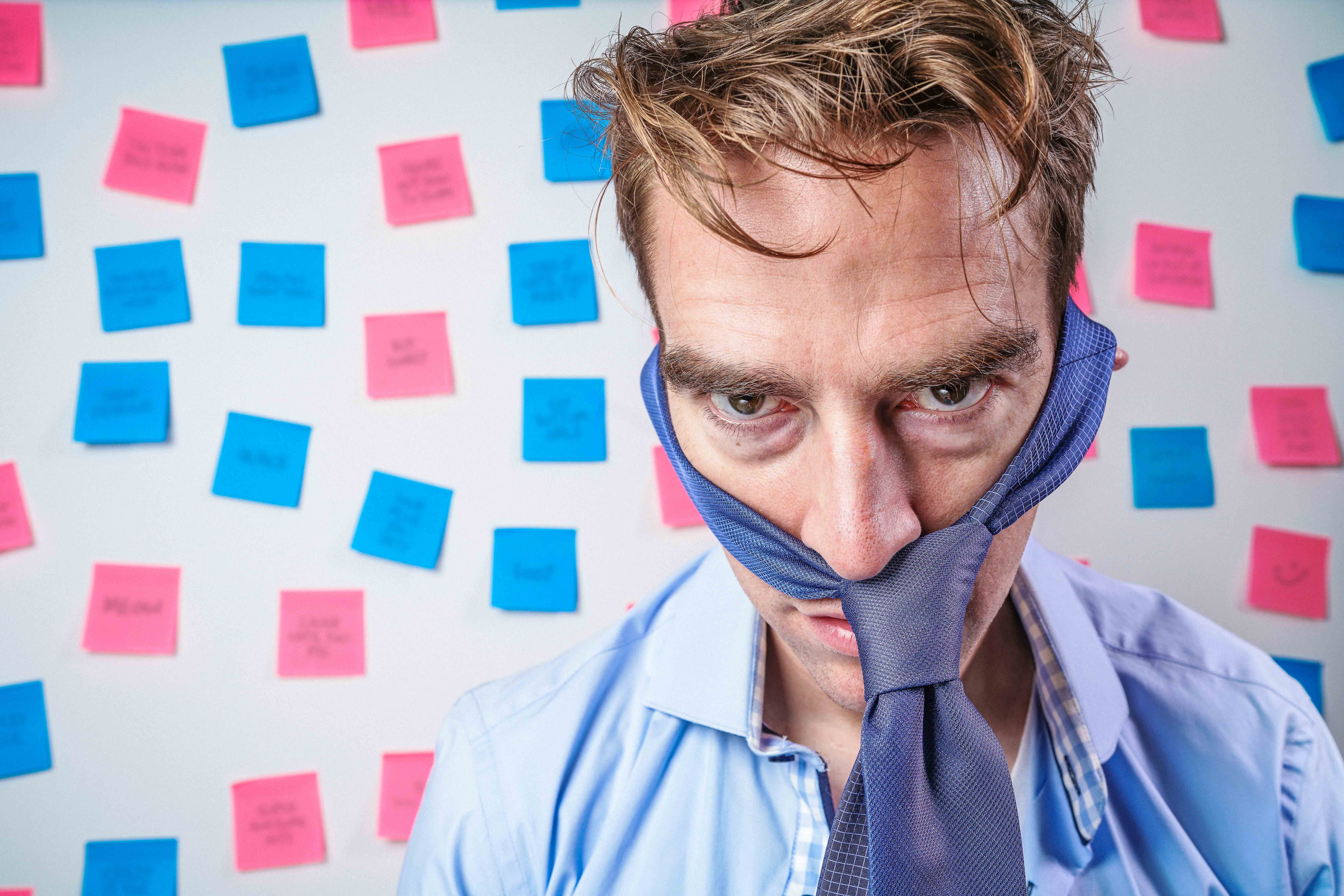