What do corporate executives and politicians have in common (besides their tendency to at times use fluffy words and strike perfect, yet inauthentic smiles)? The fact that people do not trust them.

According to a 2018 Pew Research Center survey, only 34 percent of young adults trust corporate and political leaders. Ouch. When employees are asked what characteristics inspire trust in a leader, the responses that rise to the top are, “Knowing the obstacles that the person overcame,” “Speaks like a regular person,” and “Doesn’t throw hot coffee in your face.” (Ok, maybe that last one wasn’t an official survey answer.)
Employees yearn for more authentic leaders who are relatable, human, and approachable. In other words, they want less of a perfectly posed and intimidating Anna Wintour, and more of an awkwardly brilliant, low-maintenance, self-deprecating Tina Fey.

In the recently published book Humor, Seriously. Why Humor is a Secret Weapon in Business and Life, authors Jennifer Aaker and Naomi Bagdonas state the following:

“Fifty percent of CEOs believe that the crisis in confidence is a threat to their organization’s growth. Lack of trust impacts employees’ motivation and productivity, the likelihood that they’ll jump to a new company, and how much time leaders spend frantically putting out fires that could have been avoided had people felt comfortable discussing sensitive issues with their bosses.”

There’s been a big shift over recent years when it comes to the type of leaders that people actually want to follow. In today’s world, it’s not enough to be smart and inspiring ––  if leaders want to earn the trust of their employees, they must also be empathetic, relatable, and willing to acknowledge their flaws (like Will).

Bosses are no longer placed on pedestals and revered. They need to earn people’s respect and, even more so, their trust.

A 2018 Gallup study found that nearly 50% of Americans have left a job to get away from a manager at some point in their career. Yup:

Fifty percent is a high number. I mean, even Samuel L. Jackson is shocked, and he’s seen a lot of messed up sh*t. So, to all you bosses out there, if you want to be a true leader that retains (not repels) good employees, you need to get real and start showing more of your honest self, with flaws, warts and all. (Not literally. Warts are gross.)

In Failure We Trust

The older we get the more we tend to learn to value ––and give less f*cks about – failure. And although this sounds grossly cliché, for me, it happens to be true. In the book Humor, Seriously, the authors state that failures are a great opportunity to bond with employees: showing we aren’t afraid to laugh about our screw-ups makes others feel safe owning up to theirs. In my case, when something horribly embarrassing happens, I’ve made it a habit of always telling people about it in excruciating detail. My direct reports, coworkers, and bosses, all know my stories of utter humiliation.

A Forbes article stated that a study by Bell Leadership Institute found that the two most desirable traits in leaders were a strong work ethic and a good sense of humor.

“People want to work with people they like,” of says Laura Vanderkam, author of What the Most Successful People Do at Work (Portfolio, 2013), and What the Most Successful People Do Before Breakfast (Portfolio, 2012) “Why wouldn’t you? You spend huge chunks of your waking hours at work, so you don’t want it to be a death march. Humor ––deftly employed–– is a great way to win friends and influence people.”
Another nugget of wisdom found by Aaker and Bagdonas is that leaders who use self-deprecating humor are rated higher on measures of both trustworthiness and leadership ability by their employees. And being serious, formal, distant, and “appropriate” at work, gets in the way of employees trusting and wanting to follow you.

As we mentioned in our previous post about levity in the workplace, the link between humor and psychological safety relies on laughter, and when we’re less stressed, we do better work.

“Fear is the greatest killer of creativity, and humor is the most effective tool I’ve found for insulating cultures from fear,”  says Hiroki Asai, Head of Apple’s Creative Design Studio. As Hiroki saw it: “Ultimately a culture of levity creates a safe place for employees. When you feel safe and feel like you’re being led through levity versus fear, you’re much more apt to take chances. You’re more likely to try things without worrying about being ridiculed or ostracized. You’re willing to innovate –– to push new ideas and to push against old ideas.”

In my personal corporate experience, I’ve seen teams led by people with a great sense of humor, and I’ve also seen teams led by managers who take pleasure in instilling fear and making their employees feel insecure and unworthy. It’s so unnecessary to put people through that, but unfortunately, many leaders get away with it. It takes high-level leadership and a strong HR department to step up and not enable these types of managers anymore, no matter how brilliant they are, or how high they rank on the productivity scale. There’s no justification for glorified assh*les in today’s workplace.

I remember one particular meeting where egos got out of control and it became even more stressful than a Thanksgiving dinner with Mitch McConnell and AOC. There were about 10 of us, ranging in titles from Executive Vice Presidents,  Senior Vice Presidents, Executive Producers, Directors and Managers. One Executive VicePresident –let’s call him Justin– who had been listening to another EVP talk –let’s call him Andres- increasingly began to lose his sh*t. He suddenly interrupted Andres and started ranting, his tone escalating from loud to screaming; the vein on his forehead began to protrude and pulse; and he went into a full rage mode that left everyone silent and in shock. Nobody knew how to react to this. We were all like:

After several minutes of this raging monologue, Justin suddenly took a deep breath, and said he would no longer waste his time in this stupid meeting. He proceeded to get up, walk to the door, and slam it behind him. (Perhaps he was late for his Rage therapy session?)

We were all speechless, uncomfortable, and anxious. And then, Andres, the EVP the rant was mainly directed towards (who was equally as powerful in the organization), looked up at us, and very calmly said, with a hint of a smile on his face:

This simple and unemotional comment in response to Justin’s crazy explosion of screaming and unfiltered wrath, was so not what I expected that I just started laughing. And then everyone joined. Then, Andres said: “Shall we get on with our meeting?” The encounter resumed in a cheerful and respectful manner, and we actually got a lot done. I loved that Andres did not take the opportunity to talk badly about Justin (which he could have easily done because Justin’s behavior was awful).  Instead, he rose above that, and chose to add levity and sanity to the situation.

Humor Helps You Stand Out and be Remembered

Another point made by authors Aaker and Bagdonas is that using humor makes content more engaging in the moment, and more memorable after the fact. A PEW research poll showed that viewers of humorous new shows like The Daily Show and The Colbert Report remembered more about current events than people who consumed information from newspapers, cable news, or network news. So, my takeaway here is that people who watch comedy news shows know more about the world than those who don’t. (Although this may not be the takeaway the author was really going for.) 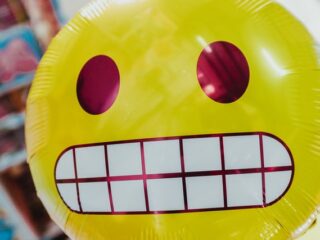 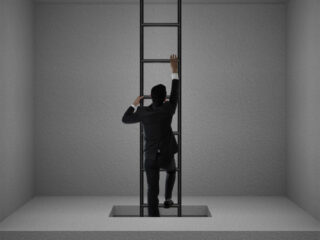